Picture yourself sitting on a veranda as the sun dips into the calm sea leaving behind velvety hues of orange, pink and red. You take a sip of your crisp Greek wine which is accompanied by a succulent Kalamata olive and some sharp graviera cheese. In the background… a music that suits your mood: smooth, sexy and carefree.

Ladies and gentlemen meet Melina Paxinos, a 27-year-old Greek-German born in Hamburg. It’s her music that serves as the soundtrack of Greece whether you’re already here or planning to come.

With saxophone, music production, composition and arrangement studies under her belt, Melina creatively crafts a music that comes from the heart mixing classic jazz with touches of her Greek heritage.

Jazz with a Touch of Greece

It was actually an old bouzouki case belonging to her father that “lured” the toddler Melina into the magical world of Greek song. Much like all second-generation Greeks born abroad, the lingering sounds of the rebetiko, the Greek blues, played at home, on Greek community radio or at parties and get-togethers come to create an identity and serve as the first ‘vehicle’ to Greece.

Those sounds emerge in Melina’s music, which is in my view, an excellent accompaniment to your Greek escapades and definitely a wonderful way to dream of your #nextGreeceadventure. And it’s not just me saying so. Melina’s work has won thumbs up from one of Greece’s favorite (non)Greeks: internationally-acclaimed instrumentalist Ross Daly – an Irishman that made Crete his home some 35 years ago and dedicated himself to the artistry of the Cretan lyra.

Daly preforms together with Melina on one of the album’s tracks. “Athens” also features the “Melina Paxinos Quartet” – aka Yiannis Papadopoulos, Dimitris Klonis and Ntinos Manos. Other more Western influences include Sting, Branford Marsalis, Avishai Cohen, and Miles Davis, and among her favorite albums: Manos Hadjidakis, of course, and his Gioconda’s Smile (1965), which is ours too.

Melina lives in Berlin, but also spends time in Hamburg and Athens. The Greek capital is the inspiration of her latest album titled, what else? “Athens” – a city that won her over with its ambience, great food, bright lights and omnipresent gods.

1) In what way(s) is your work ‘touched by Greece’

The beauty and spirit of Greece have always influenced me positively and given me inspiration for my music. That’s how my album “Athens” was created and dedicated to the beautiful city of Athens.

2) What does Greece mean to you?

Greece for me is all about the infinite blue, golden light, beautiful smells and food, history and power.

Because of its unique vibe, of course!

☞Pour yourself a glass of wine, dim the lights and enjoy “Athens” by the Melina Paxinos Quartet (2019) here.

A Great Greek Cookbook for All

A Tale of Freedom & Love Set in WWII Greece 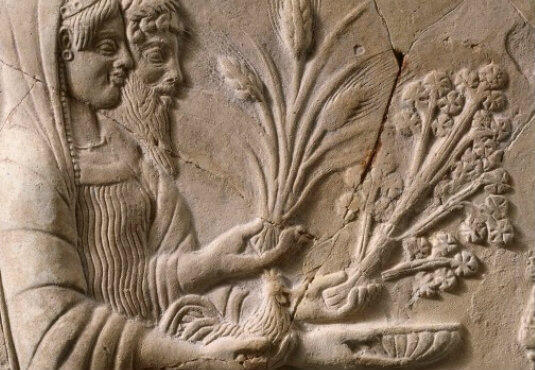 TheGreekVibe · 7 hours ago
@TheGreekVibe
'My Dearest Agios Fanourios, Please Show Me …' - That's what you say when you prepare this special cake that helps you find lost items https://t.co/qiQZlivwby #greektraditions #cakes
View on Twitter
0
0

TheGreekVibe · 8 hours ago
@TheGreekVibe
Find out how to make your own ouzo-meze - a tiny platter of Greek snacks to accompany your #ouzo or raki https://t.co/8Ps0p1oYOB
View on Twitter
0
0
Follow @TheGreekVibe