A few years back, radios in bars, in cars and on the beach would echo a mellifluous melange of strings, soft acoustic guitars and a hypnotising voice that could easily steal your heart.

Everyone was sure it was some new “foreign” artist who was really promising and here to stay.

Well, she’s promising, but this act is none other than Athens-born Monika Christodoulou, known as Monika by friends and fans.

The 27-year-old hailing from the seaside resort town of Astros, in the Peloponnese, hit the stage in her mid teens as a back-up vocalist for another Greek group, Raining Pleasure.

She’s come a long way since then, with two albums already under her belt and total acclaim by music insiders and outsiders alike.

A multi-instrumentalist, Monika plays the sax, guitar, percussion, harmonica and the accordion, all of which feature in her intoxicating brand of folk rock with an indie twist.

Monika says she grew up listening initially to the music her musical parents listened to – everything from the Beatles and Edith Piaf to our very own Manos Hadjidakis. She later dipped into even more diverse territory with PJ Harvey, Jeff Buckley Calexico, Ennio Morricone and Stavros Xarhakos.

Her first hit titled “Over the Hill” http://www.youtube.com/watch?v=Htm8Gb5gNQA off her debut album Avatar, released in 2008, is a wonderful blend of acoustic guitars and haunting vocals with a folksy buildup. The album went platinum.

But the song that really got people listening is the beautifully evocative “Yes I Do”, off her second album Exit, released in 2010. A stirring mélange of strings and vocals with a dreamy lead and an inkling of Morricone sneaking in, this lullaby-like masterpiece reveals an innate feel for music, orchestration and words, making Monika a songsmith to be reckoned with.

Besides composing and arranging, Monika also pens the lyrics, which she says just come out easier in English. “When the first song you sing is ‘Let it Be’, you’re bound to think in English,” she says. Tackling such issues as love, separation, insecurity and loneliness, Monika incorporates her innermost concerns into her weighty yet minimal music crafting a signature sound that’s bound to hit the spot.

For starters, Monika got the word out through MySpace and then later thanks to the advice of musical friends Calexico, she turned to a local indie label, which “respected her style”.

Despite being just two albums old, Monika has managed to deliver an original sound that touches a chord. In “Babe” http://www.youtube.com/watchv=TTBKd9kBf5o&feature=related trumpets blare Calexico-style with guitars delivering a ’60s twang and an indie soundscape worth the ride.

“Away From My Land” off her second LP Exit is a melodic road trip with subtle drums setting the pace and a sensual trumpet leading the way. http://www.youtube.com/watch?v=kzCnPyjwFoM&feature=related

Monika, currently a university student studying maths, lives in an apartment full of instruments and loves to perform live gigs in small haunts around Greece.

When asked about a career abroad, she seems well-aware of the hard work required and says she’s willing to make the sacrifices but timing is vital and the groundwork has to be set before such a move.

“It’s difficult to make it abroad, the market is so massive,” she said in an interview to free press magazine Lifo.

On a final note:

“Music is like a drug,” she says, you get addicted.”

And in her case, you really do. Check it out.

♪ More about Monika on…

The Greek National Anthem: An Ode to Freedom

When it comes to coffee, Greeks know it, make it, and enjoy it… and the numbers prove it. So why is coffee so important in Greek culture and what’s the secret to the perfect coffee outing?  Read more

Greek tip of the day: There can be no Greek meze without the famed “dolmadaki” or stuffed vine leaves with rice and herbs. https://t.co/5fZgaNpbIT #greektipoftheday #foodie #greekproducts https://t.co/GzjsDobfVB
View on Twitter 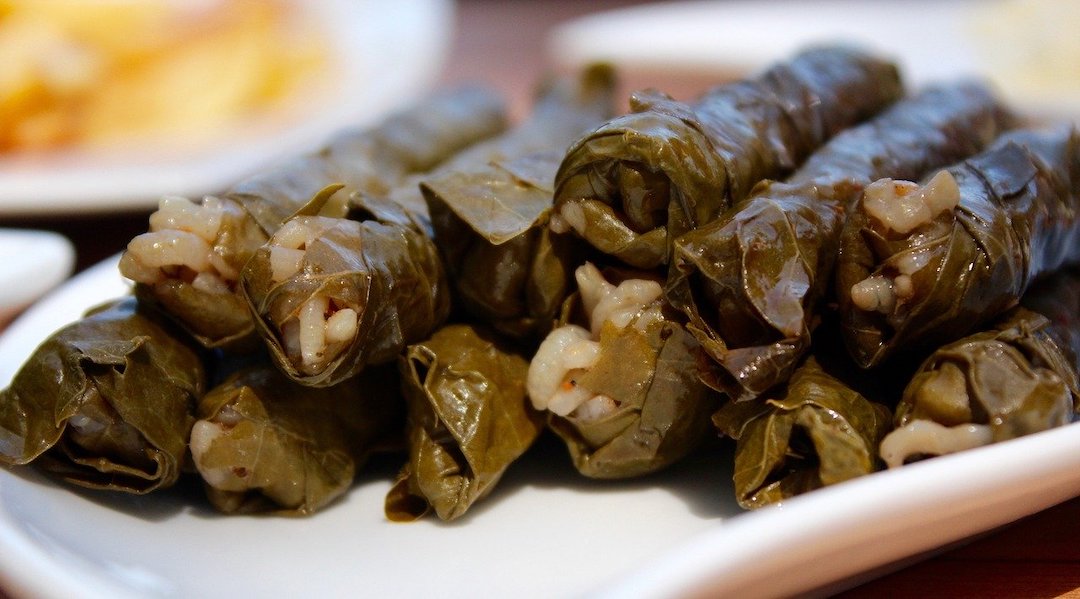 8 traditions & practices that you shouldn’t miss when you visit #Greece: marble magic on Tinos, the nomad life, the ‘old men’ of Kozani, a miracle droplet on Chios, the Greek blues, the Greek diet. Learn more here @europanostra @UNESCO https://t.co/ovsCgf7uBm
View on Twitter
0
1

Greece opens to the world today! All you need to know to #travel and how to make the best of your holiday this summer #traveltips #Greece https://t.co/XlnfP80BVo
View on Twitter
1
2
Follow @TheGreekVibe