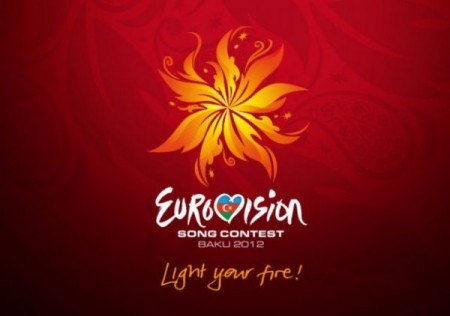 That’s why I love Greece, because in the midst of chaos we always find ways to have fun. Because the deeper in debt we fall the greater cultural debt we seek. Because the more foreign media slam us the more we hit back. Our motto: The darker the days the cheaper the ways.

I’m not even going to discuss the absolute (ir)responsibility on behalf of National Broadcaster ERT to even decide for Greece to participate in this year’s Eurovision Song Contest (ESC). Absolute foolishness, to say the least. Greece is bankrupt people! Unless you know something we, the unemployed people don’t. ERT claims they are bound by the European Broadcasting Union (EBU) to participate. This I would call blatant hypocrisy on the part of the EBU. So Greece has created a colossal economic disaster for Europe, we literally owe our body organs to our creditors, and yet we can still participate in a song contest that features among others Israel? Unless that’s how far Euro-suited politicos expect an ever-expanding Europe to reach one day…

And now to the show: in the bright spotlights of the ‘luxurious’ Riverside Mall on a makeshift yet sturdy stage four (very) young Greek groups and singers danced… and clumsily undressed their way to the hearts of the judges, the Greek Eurovision fan club and the random shopper who happened to be at the mall that day.

As for the presenters? Well, let’s just say producers roamed the dark labyrinthine halls of ERT at the eleventh hour desperately seeking Susan… sorry that’s a film, desperately seeking the disposed couple that would agree to do the dirty work (presenting) without pay – that’s the only explanation I can fathom for the pitiful appearance of the two hosts (who did speak some French and English), whose names I didn’t even bother to jot down and whose humor was as funny as Greece’s current predicament. And what was all the name dropping about anyway? Universal Music? Guys, record labels (most dying a slow death) are a thing of the past. I mean please!

As for the contestants, beautiful Lolita-styled girls dressed in itsy bitsy teenie weenie dresses and shorty shorts with a touch of shine and playfullness jumped up and down (any inferences are totally by chance), moved back and forth making promising sensual movements while… sharing their singing talent.

Of the four contestants, 22-year-old Greek-Cypriot Eleftheria Eleftheriou probably stole the show due to her killer fluorescent green spikes. I have to admit they made all the difference. Eleftheria will represent Greece with “Aphrodisiac” on May 26 in Baku, Azerbaijan – I assume the songwriters and judges thought: Well let’s use a Greek word to remind those snotty Europeans who are giving Greece a bad name why they flock to the Greek isles every summer… (again any insinuations are purely coincidental). And so “Aprodisiac” is the word for Greece this year. I mean if there’s one thing we do do in Greece it’s have sex. Eat your heart out Europe.

For me, the better of the four was the Velvet Fire duo – they had a fresh take and were comfy in front of the camera. The song, like all of the rest, was far from being fun, sexy, or anything else for that matter.

Despite having the backing of pop star Christos Dantis, girl group (Greek mythology-inspired) Cassiopeia did not – I repeat did not – have to take off their skirts off, which was really what set them apart from the rest. Short shorts did not after all make a difference. The pity is that only the sporty Maria had star quality. The singer was plain bland… and lacking dance skills.

And last but not least, Dora failed to win over the judges and tele-voters despite sharing the name of prominent Greek politician and (or) cartoon character.

I remember back in 2001 when unknowns Antique (aka Nikos Panagiotidis and Helena Paparizou) represented Greece in the Eurovision Song Contest (ESC), ERT had done absolutely nothing to promote the duo. And yet, they came in third with “I Would Die For You” (I still insist they should have come in first). Why? Talent, hard work, passion and … no backstabbing, behind-the-scenes politics between ERTs civil (everything but) servants and private record label sharks.

The Swedish-born Paparizou took Europe by storm with her breath-taking (and immaculate) performance of “My Number One”, winning for the first time in Greece’s history the ESC in 2005.

Paparizou is a gifted singer and performer. She is diligent and passionate and (yes) talented. And the camera loves her. In one word, she has star quality(ies). It’s a shame that the hardly-insightful record label “managers” in Greece transformed her into a local B-rated nightclub chanteuse and did not provide the input and support (sadly, few have the know-how) to make her international.

So some words of advice: DO NOT copy Paparizou’s tiny golden studded dress, her movements and choreography. If there is one thing Greece DOES have it’s talented people. Many of them. Give others the chance to do something different.

DO NOT take your clothes off: The last time I checked the ESC was still a song contest not a strip show. The aim is to sing (something) and perform.

DO NOT send in younger girl singers or Greece will once again be at risk of being taken to the European Court for a new crime: “Lolita-Eurovisionism” = young girls clad in invisible clothing flaunting their stuff.

DO NOT take it seriously. The ESC has always been about having fun. So why don’t we do something daring for once? I’m beginning to think that Michalis Rakintzis 2002 robotic Orwellian appearance was better.

And please do not let me be misunderstood: I have been a fan (and still am) of the ESC ever since I was a child, ecstatic when that day came. I would sit in front of the TV, grab a pencil and some paper and place my bets. Eurovision is not about music per se. It’s about bringing people together. Adding a bit glitter to our dark days and just having fun.

Erotokritos: The Lamenting Lyre of Love

When it comes to coffee, Greeks know it, make it, and enjoy it and the numbers prove it. From the all-time summer favourite “frappe” to the omnipresent Greek coffee, the art of coffee in Greece is much like every other Greek food- and drink-related practice. It’s about the “parea”... Read more